"I don't care about that! It still won't change my feelings for you!"
—Oikawa

Oikawa is introduced as a professional doctor who treated Takiko Okuda's mother Yoshie in Tokyo. He travels to Morioka to meet the family and proposes to Takiko in the last chapters in spite the fact that she has Tuberculosis. Takiko apologizes and rejects his proposal, however, and soon returns to the Universe of the Four Gods to resume her mission as the Priestess of Genbu.

Oikawa reappears in the third chapter, set few months after the end of Genbu Kaiden. He survives the 1923 Kanto Earthquake and, with the help of a young boy named Seiji Horie, has been helping the survivors of the quake and especially children in risk. When Seiji rescues Suzuno Osugi from being made a child slave, Oikawa comes meet them and recognizes Suzuno, as he had been in the now destroyed Osugi home before. He then takes Suzuno and Seiji under his wing.

In the following years, Oikawa manages to get his own private clinic and has adopted not only Suzuno and Seiji, but two fellow orphan boys named Hidero and Kenichi. He does his best to raise them all despite the lack of money, his heavy workload and their traumas about the Kanto Earthquake, and in Suzuno's specific case, her bad health and memories of whatever happened to her in the Universe of the Four Gods.

At some point, a highschool-aged Suzuno tells her adoptive father that she has learned the truth behind Takiko and Einosuke's deaths and also clearly remembers her time in the world of the book. This makes Oikawa realize that the book itself has some degree of magic or at least "something" special that influences the lives of both the late Takiko (whom he's still in love with) and his adoptive daughter Suzuno. Terrified for her safety and recalling the loss of the girl he loved, Oikawa asks Suzuno to forget about the book for her own protection, and later he tells her to consider her brother figure Seiji's marriage proposal. All of this fails: Suzuno does accept to marry Seiji and intends to take the book back to the library, but when she's about to do the second she's attacked by Seiji's jealous classmates and is ultimately taken inside the book itself again, in front of Oikawa and Seiji himself who had just arrived to rescue her. 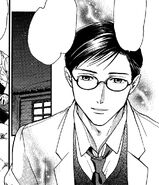 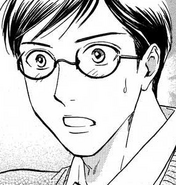 Add a photo to this gallery

Retrieved from "https://fushigiyuugi.fandom.com/wiki/Oikawa?oldid=20989"
Community content is available under CC-BY-SA unless otherwise noted.