Oumei Den is Mitsukake's story. He encounters Shoka and her cat, Rin.

Shoka is very determined, strong, and forward in her desire to know the gentle giant better, whereas Mitsukake is a lot more uncertain and unsure. Mitsukake is taken into the house of his father's rival, befriending the man's son Kyuushin and eventually proving to the rival doctor that the true strength of a physician is more than just high prices and medicine. Although there is a misunderstanding between Kyuushin and Mitsukake over Shouka, it's Kyuushin who brings Mitsukake back into Shouka's life and by the time of her death, they are engaged to be married. However, a sickness demon is lurking, hoping to break down the souls of the people and his target is Shouka, preying on her doubt of Mitsukake and taking her down to her grave while luring the gentle young doctor away from their village. Mitsukake's hermit lifestyle is not the first time he adopts this way of living away from the world, either - he also becomes a hermit after his original fight with Kyuushin,when he believes that people hate him and that he should stay away after he used his power to drive a demon from Kyuushin's body -- saving his friend's life but appearing to have wounded him in the process. Kyuushin survives the story and mentions are made of him and his father visiting the graves of Kaku Shoka and Myo Juan after the deaths of both. 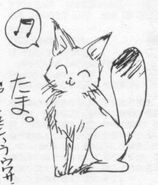 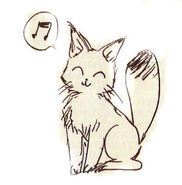