View source
This article is a featured article. This means that it has been identified as one of the best articles on the Fushigi Yuugi Wiki.

Takiko Okuda (奧田 多喜子 Okuda Takiko) is the Priestess of Genbu, and the main character of the prequel series Fushigi Yuugi Genbu Kaiden. Takiko is a spirited girl of the Taisho Era, and unlike the other priestesses, Takiko can fight and is proficient with a naginata, having been a member of the naginatajutsu club at her school.

The story begins in June of 1923, three months before the events of Fushigi Yuugi Byakko Senki.

Takiko was born September 22nd of 1907 and is currently 16 years old. She passed away before she could celebrate her 17th birthday; at the same time, her father committed suicide.

Takiko is very intelligent and lives with her ailing mother and governess at the start of the prequel series, while her father is often away traveling on research trips. She also plays a big sister role to Suzuno Osugi, the daughter of her big brother mentor and first love Takao Osugi, who would later become the Priestess of Byakko. When she is pulled inside the book, she takes on the painful role of the priestess of Genbu, and later falls in love with her Celestial Warrior Uruki.

In the middle of the prequel, Takiko is revealed to be inflicted with Tuberculosis. Her original intention was to let the warriors take care of the war between Konan, and Kutou that plagues the citizens, but she finally gives in when she realizes that it is Hokkan's now turbulent weather that truly threatens their safety. As of Chapter 37, Takiko, and Uruki wed, crowning Takiko as the empress of Hokkan[1].

In the original series, it was mentioned that Einosuke Okuda killed his daughter before himself so she wouldn't suffer any longer due to her illness and Genbu devouring her. Einosuke Okuda does indeed kill his daughter, but in a different way than previously depicted. In the final chapter, Einosuke managed to link himself and Takiko, plunging his knife into his own heart while holding the Universe of the Four Gods, where Takiko is summoning Genbu and dying as a result; this also kills her to end her suffering.

It is unknown as to whence Takiko's soul departs right after her death, but the last pages show her and Rimudo being reunited in their next lives.

Takiko has black, waist-length hair, which is respectively ornamented by a ribbon in the back. As a traditional Japanese girl, she wears purple hakama that are tied using a red obi, and her kimono is either white, purple, light yellow, orange, or pink. She has rather brown-yellow eyes instead of dark brown; but, this isn't obvious because her hair is dark. Below the hakama, she wears black boots.

On a rather trivial point, it is quite notable that Takiko's hair color changes. In some color spreads, and covers her hair is always colored brown, while it's black in others. In Kagami no Miko, it is black. Her hair is most likely truly black, as most anime, and manga characters of Japanese ethnicity actually have black hair, but with it depicted other colors to more clearly tell characters apart, and to express their personalities.

"I want a power that I can respond with..If I'm not even able to protect the people around me, then how am I a "priestess"?"
—-Takiko to Oracle Anlu

Takiko is a very bold, strong, selfless and independent character. Primarily raised by her mother, she loves said mother very much and feels resentment towards her father for leaving them alone, although they make amend some time later.

Yet, her lack of parental pavement doesn't affect her behavior around other people. She is a strong girl, both physically, and mentally. She is capable of defending herself and does so against school bullies. Regardless of the opponent, she refuses to lose. Speaking with pride at the hint of an orphan's tone, she still has a very big heart. Takiko is very kind to outsiders. She is patient, and compassionate, although having an erroneous temper. But, she might at times carelessly misplace her trust and thus suffer later consequences.

She is still mellow and doesn't over-react when the situation turns upside-down. The priestess of Genbu also has a remarkable perception; however, she is also curious, never withdrawing the chance to learn something new, whether it be good, or bad.

Apart from her remarkable physical and mental capacities, she is truly a very kind-hearted person. With all of the sorrow, and the negative emotions she felt during her childhood, Takiko successfully gathers all the warriors, understands them, and comforts them. Despite the coldness and the suffering she has experienced the majority of her life, she is rather carefree and flamboyant; bright, and kind.

She has shown to be slow, particularly when it comes to emotions. For example, she doesn't realize that Uruki loves her until he tells her himself. But throughout the series, they grow very close. Takiko is also steadfast, serious, and has a rigid commitment to things. She is very passionate about her role as the priestess and never has she been seen to break a promise she's made. Empathetic in regard to the suffering citizens, Takiko chooses to believe in the legend, and embarks on the perilous, uncertain journey, especially when everyone shuns her.

Takiko also has a quality that acts as a foundation of her story: she wants to be significant and needed. She is a very down-to-earth person, and she thinks that being with the people, or being in the places where she is not wanted or needed is a waste of time. It's also a huge flaw, however, as it covers a chronic lack of self-worth and hidden insecurities, and it's implied that Genbu devoured her because despite her pluck and kindness, she was not self-confident enough.

Last but not least, Takiko is a talented singer. She sings to Uruki sometimes when he's depressed, and when she's dying at the end of the story she quietly sings to him as well. 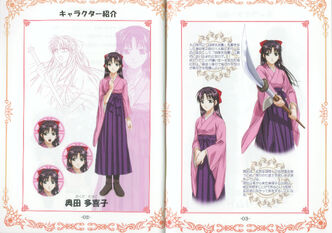 Takiko in the game manual 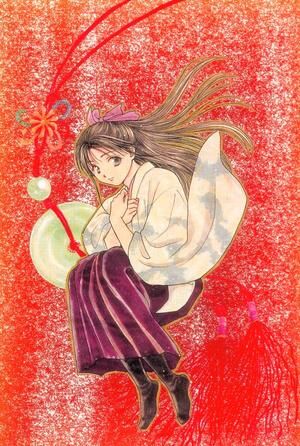 Takiko, in Hang in There, Nakago! 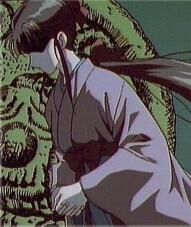 Takiko in the anime, Fushigi Yuugi. 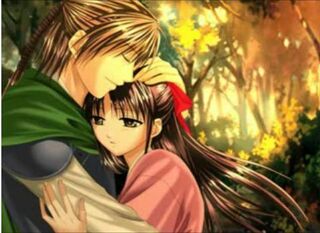 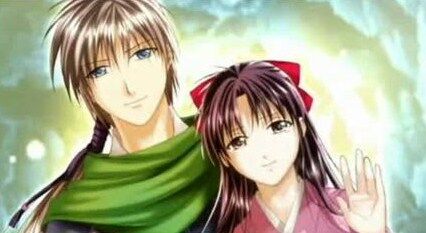